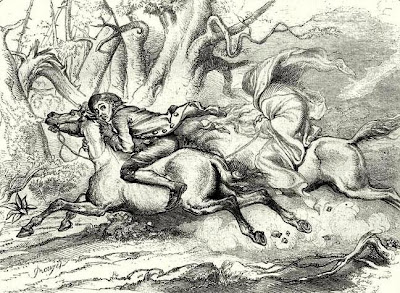 The chair was pulled up to the bedside and I held his hand. I was anticipating a long night after such an eventful evening. This was already the third time within ten minutes of going to bed that Michael had summoned me.

He had been almost completely mute all evening but a frenzy had overwhelmed him. Like a determined toddler, he was single-minded and focused but his goal not apparent. I had tried to ignore the creeping wildness by watching a new and favourite series on Netflix but eventually gave up after frequent interruptions.

He was up and down the basement stairs repeatedly, on one occasion, when asked, to find the electrical panel. Those were nearly the only words he uttered all evening.  I quickly diverted him back up the stairs after a firm refusal to show him what he wanted. Still sharply etched on my brain was the time I had found him about to insert needle-nosed pliers into an electrical outlet to fix a burned out lightbulb.

He had spent a half hour or more on the floor trying to fix the unbroken wheelchair. This task, in fact, was what seemed to have impelled him downstairs in search of the electricity. Why do so many of his projects involve electricity in his addled brain?

His resolute silence and the seeming randomness of his actions belied the brain activity that must have been happening. When I found him about to leave the house again in his slippers, I urged him to put on proper footwear for the wet conditions outside, hoping he would simply lose interest in the plan. I refused to offer any assistance dressing him. It was getting late, it was dark and his medications would soon run out which meant it would be a calamitous walk in the rain.

Of course I was wrong. From the other side of the wall but nearly right next to him, I listened to about fifteen minutes of what sounded like a Herculean struggle to get into his jacket. As I heard the door open I rushed out to see him stepping into the rain. He was dressed in rubber boots, shorts, my sun hat and a rain jacket. I had to stifle a laugh. Most of  this was perfectly normal garb for the weather but somehow he had managed to get into his jacket backwards with the zipper pulled all the way up to the back of his neck - How did you do that? Crazy but impressive - The flimsy hood was flapping in his face and he was drenched in sweat from the effort. I let him go but got my shoes on ready for another dash.

He wandered down the driveway without a single fall, then onto the road. By now I was casually sweeping the small, aborted apples from the path, keeping a sharp eye on him as he strode competently down the road. As he approached the corner I lost sight of him in the dark and behind the trees. I ran inside to grab my car keys knowing he was now far enough that he might not manage the journey home if - when - his medications suddenly ran out. By the time I had pulled up to that intersection in the car he had disappeared. Too dark to see down the safer route to my left, I went that way, certain he must have just wanted to stroll down to the train tracks, our usual route for a walk. When there was no sign of him, I knew he had instead gone toward the highway. Horror.

By the time I got to him he was stumbling along on the shoulder close to my friend's house. He had managed to cover a couple of hundred meters in his escape. Cars sped by. I pulled into a driveway, rolled down the passenger's window and ordered angrily, "Get in the car." He stopped and stared at me defiantly. For a split second, he looked as though he might run. I prepared to jump out of the car to wrestle him inside if I had to but his shoulders slumped in defeat and he came towards the car.

This is the point at which I felt a coldness overcome me. In a state of anger I can become cruelly articulate. It was his biggest complaint when he could still voice such thoughts many years ago. He would always back down when my anger reared, which I think - I hope - only happened on rare occasions. I began to realize slowly as the disease progressed, taking his voice with it, that he was not simply being stubborn and refusing to speak to me.

Do you know what you look like? Look at yourself.

Anybody who doesn't know you and encountering you right now would take you straight to the hospital. You are an alarming sight.

You don't have any identification or a medical card on you should you collapse and need help (Note to self: I guess I should replace that broken Medicalert bracelet if this is our new reality).

You cannot leave the house without someone to accompany you. PERIOD.

WHAT WERE YOU THINKING???

I HAVE HALF A MIND TO DROP YOU AT THE HOSPITAL MYSELF.

And to myself: Why on earth did you let him get this far?

He was, of course, mute and blank through my tirade. After fighting to get him belted into his seat, I drove him up to the soccer field; that must have been where he was heading. None of his buddies were there so we headed for home in the usual silence. He struggled into the house now that his drugs had worn off.

Bedtime rituals filled the last few minutes of the day. I apologized for my outburst, attempting to assure him and myself that my anger was with the disease not him. His only other words of the evening were "I love you." Then, after the initial period of bedtime anxiety, he slept a peaceful fourteen hours.