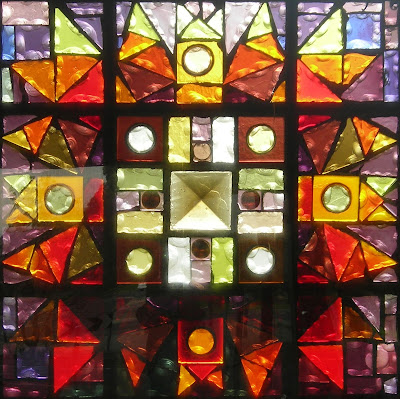 She sits by his window and listens. The house is still. She has tried to concentrate on the images on the screen before her. An intelligent thriller plays on her laptop but she must make frequent stops to slow down the racing heart. Her nerve for such things has evaporated the last few days. Panic mounts far too quickly so she must guard against it. She picks up the mild romance novel, the only thing she can grasp these days, but it is about a woman who embarks on a new life and love after the recent death of her husband. Oddly appropriate under the circumstances but it irritates her. The description of the woman's relationship with her lost husband is veiled in a pink glow of perfection. But she cannot deal with anything more real in her fiction right now and she avoids all but the most bland of the world's news. She abandons the book. Instead she writes.

The room is airy and bright, his bed positioned to take in the view. When he is awake he can see only green trees, blue sky and the flowers nodding in the distant garden. And her if she is seated at his feet. If the window is open, birdsong fills the air. It is peaceful and calm, near perfection. The two old dogs snore comfortably at her feet. They rarely leave his room, the three of them breathe heavily together. When he is - was - well and up throughout the day, they take ownership of his bed. While he is so ill, they are his constant companions. She likes to think they are purely loyal but she suspects they are merely opportunistic, ghoulishly awaiting vacancy of the bed.

She is not used to such idleness and is grateful to have him at home so she can distract herself with occasional household tasks that keep her in the house and within earshot. She is not well-suited to hospital bedside vigils, her restlessness a serious impediment.

His meals are erratic, infrequent and sometimes sparse but, miraculously, he still eats. Today he picked away at bacon and an egg, eating only some of it but with obvious enjoyment. He washed it down with sweet tea before he lapsed again into his frightening withdrawal. He seems to be so utterly lost to the world and deeply asleep but she has noticed that if she talks to him his eyes will sometimes flutter open and he might try to speak. Or if she holds his hand he might give hers a slight squeeze. Then there are the nearly comical times when he tries to make a pass at her, his eyes glazed with oblivion, his hands reaching and groping with heartbreaking familiarity. She pulls away, her sickened response clouded with guilt.

His condition mimics what she has witnessed in those who are dying but, she reminds herself, this is Parkinson's disease which confuses and confounds even the best doctors. No one will dare to make any pronouncements or predictions. She expects him to awaken one morning full of grit and vigour and climb out of bed in a psychotic burst of energy, but as the days of near-death pile up, she begins to lose hope. The spaces between the bones of his hands deepen daily. His legs barely support him now.

A friend calls to distract and suggest a board game to while away the evening. She gratefully accepts. She doesn't mind the long, solitary vigil - she needs the quiet, calm order of the house to feed her sanity - but company is welcome. It will still the racing heart and pull her away from the window.