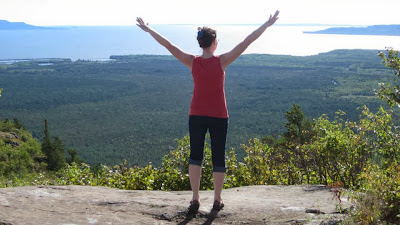 The suitcase sat in an empty corner of her bedroom, labels dangling from its handle, its brand-newness glittering. Deep red, her favourite colour, and the recommended hard shell. The manufacturer promised it to be lightweight. Lightness of being was what she was aiming for. That and a tough exterior. Could the two be achieved together in anything other than luggage?

The days after Michael's death were filled with post-mortem duties: funeral, estate matters, and the necessary grieving. She had felt raw, emotions spilling over without regard for others, in the time after her children had left to return to their lives. The feral screams that had come out of her in those early days filled the forlorn house with a heavy sadness. Her throat burned from the sometimes uncontrollable spasms of despair that wracked her when she was totally alone. The dogs couldn't stay inside when she collapsed. They'd rush outside then slink back in, quietly observing her to be sure it was safe.

Her sleepless brain was muddled with all it had to do. The paperwork was staggering. She waited until she was alone to tackle any of it. Normally able to manage several tasks at once, she found she could only focus on a single job at a time, concentrating on the most important first. Much of it, after perusing a detailed list she had composed long before his death of all that would need attention, she left to collect dust on a dining room chair - her office  - for weeks. How do people who lose loved ones suddenly and tragically cope with the heavy load of administrative red tape? Michael's death had been expected and she still felt confused and overwhelmed some days. Friends kept her well distracted and away from home.

Family urged her to get busy and start traveling. Everyone, in fact, had a plan for Claire but Claire, who, during the years of caring for such infirmity, had not been able to see beyond the hour in front of her. She had rarely even allowed herself to imagine a future beyond Michael's onerous care. Invitations and suggestions flew in from far and wide. Her head spun with the possibilities of a vast world suddenly laid at her feet. Publish your blog; concentrate on your writing; visit the kids; do more volunteer work; travel to England and Israel. A possible but unlikely writing contract was presented. Even men, old and new, entered the scene to offer solace, some flattering, others disturbing. The ink on the death certificate was barely dry when she was asked out on her first date, a mildly awkward event over coffee that she accepted only because she didn't know how to say no without causing offence.

She sat and thought about her priorities. Her first port of call would be her daughter's home where a new grandson blossomed. That would be the September visit. Then she could nip off to Vancouver to a family wedding she had thought there would be no hope of attending. Attached to that would be a multitude of reunions as she visited a city she had once lived in forty years ago. That would be the October distraction. Then November might be a more decadent diversion to reconnect with an old friend who had suddenly and boldly materialized, at least on the internet, from the distant ether of her past. That one was crashing into her sleep and flushing her face. She scolded herself: What was she doing thinking such thoughts, so recently a widow? Indecent, and yet she felt a strange recklessness and no guilt.

But to accomplish all this she must face a major hurdle. Flying had been a nightmare, for decades invading sleep with horrific scenarios. In fact, for  thirty-four years she had avoided it except for the emergency trip back from Winnipeg in 2009;  Michael's Parkinson's psychosis had ramped up and out of control on what was to have been a restful and peaceful train journey across the country. She had been forced onto an airplane with him and hadn't even felt very nervous- had had no time to consider it in the urgency of his condition. In retrospect that had been the blessing that might have broken the torturous spell. Michael had beamed at her in the next seat, so obviously happy. She had gripped the seat tensely but hadn't felt the customary panic.

Could she do it again? Her strategy before her September flights was to not think about it. The nightmares were kept at bay. Even up to the moment of stepping onto the plane she was calm. Over the years of his care she had mastered the art of avoidance and staying only in the moment. She was hopeful.

There were two short flights required to get to Thunder Bay. She opted for the airline with the biggest vehicles, reasoning that they would be more stable. Her first flight, just after dawn and a sleepless night of November imaginings, was uncomfortable and angst-ridden but not paralyzing. She prayed and summoned Michael's assistance, wondering if the sudden flickering and malfunctioning of the television screen in front of her was his doing. Hardly comforting. The second flight the same. On arrival in Thunder Bay that morning she felt weakened, tired but relieved. The solid ground felt sacred but she resisted the urge to genuflect publicly. It might have been a combination of her overall fatigue with the anxiety that left her feeling ill the rest of the day. She chose not to think about the return flights and immersed herself in the loving glow of family.

Finally, at week's end she considered her options for the return journey. Should she just succumb to the anxiety? Could she somehow pharmaceutically alleviate the angst? With all her experience with Michael's anti-anxiety medications and their side effects, she was unwilling to try anything that might cause more disturbance in her brain as they sometimes had for him. Though alcohol was no longer a part of her life, she had had experience with its calming properties during anxious flights of her youth. She felt justified in its use as a medicine.

Another daughter who had come to Thunder Bay for a visit happened to be returning to her home at the same time of day. The two of them sidled into the tiny bar at this small airport and downed a quick glass of sour wine. Immediately a rosy heat permeated her body, a welcome calm. The last person to board, she nearly skipped onto the plane minutes before take-off and took her assigned middle seat next to an attractive older man. He struck up immediate conversation and when she confessed to her nervousness and the wine, he admitted he had detected both. He kept her engaged in vibrant chitchat the entire journey, only stopping when it came time to say good-bye. She hadn't had a single moment of fear; she thanked him and the wine.

The second flight home was more challenging with nobody willing to talk, an empty seat and a silent man - fellow sufferer? - next to her. She allowed herself no more wine knowing she had to drive as soon as she hit the ground in Ottawa. How ironic would that be to die in an alcohol-soaked car crash after surviving the flight?

And of course she did survive. Her rational brain, while she scrutinized the smiling faces of the flight attendants for subtle signs of panic, ran through all the comforting statistics as her knuckles turned white with landings and take-offs. At least she has now achieved a level of ease where, though she still thinks of every alternative mode of transportation to flying, she accepts there is nothing for it if she is going to spread her wings finally and participate in the world.

Instead of the usual nightmare the night before her first flight she dreamt she was a co-pilot in a small airplane with a faceless partner as pilot. Exhilaration and joy. A good omen.