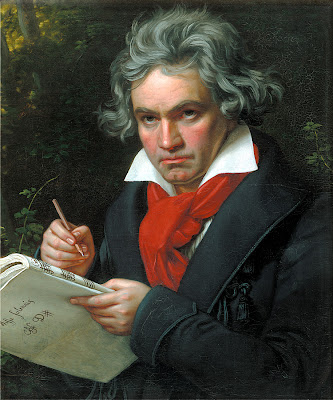 The effects of music on a Parkinson's patient have long been known but hardly understood. Many are the stories of severely disabled people suddenly dancing fluidly when they can barely walk. Music has been known to unlock the minds of stroke victims, indeed the sufferers of all kinds of ailments. Music reaches inside us, lifts us up, evokes strong emotions and reactions we might not have been feeling before that moment of hearing a certain tune. Memory too is closely linked to music. How many times have we heard a song that hurls us right back to the time we first heard it or experienced something significant?

When I am frustrated and in need of escape but cannot leave the house, I simply pull out my ipod, plug myself into my earbuds and jack up the music. Usually it is loud, testosterone-driven music that I favour when I am in this mood. I sing and dance all by myself. If truth be known, it is the only time I dance with abandon. I am otherwise shy and would never do so in public except, in my distant past, when I was under the influence of intoxicants, long since abandoned. Lately I have latched on to a newly discovered (for me) group called the Headstones, appropriate given the topic of my last post ("Good Grief"). Their music thrills me with the high I need.

Dinner time has been very frustrating these days. It is the one meal everyday when we sit down together. The other meals I eat well ahead of Michael as my day usually starts much earlier than his but I do try to make of point of breaking bread together at least once a day. It is a meal I do not really enjoy: it is deathly quiet unless there is choking or other drama to deal with which only leaves me wishing I'd eaten alone and uninterrupted. To ease the loneliness - always more pronounced than when I eat on my own - I usually immerse myself in a puzzle, a newspaper article or the computer. It is a frantic activity, not calming, as I try to concentrate in an impossible environment for such endeavours, my body poised to jump for any new calamity. The problem with this strategy too is that Michael likes to mimic this behaviour so he spreads out a page of the paper in front of him then stares at it. I know he isn't reading anything - his eyes never move - but he can become so fixated he will not eat. Or he tries to shuffle the pages which end up on the floor or in his food and generally a big mess. Then the preoccupation becomes the retrieval of all the paper and an inevitable slump to the floor.  Of course, all of this could just be a clever ploy to avoid eating whatever distasteful food I've served for his dinner.

With all that in mind, I have decided that a change is required - for both of us. The past two nights I have laid the table as usual with the cloth napkins, even flowers from the garden. Last night I rustled up a what's-left-in-the-fridge quiche which was a reasonable success for Michael. We clinked our glasses -water and apple juice - and made an event of it, reminiscent of the many fine meals we ate together in the past.

But the major change was ridding the table of the distracting newspaper and keeping the computer firmly shut. To ease the quiet and the loneliness I put on a classical cd from our collection. I've tried more modern music at mealtime but it only unsettles me and feeds my restlessness. Last night it was a Beethoven compilation I haven't listened to in years. The night before, Vivaldi. The effect for me was an instant relaxation of my usual mealtime jitters. I found myself eating more slowly and listening intently to the piano trills or the violin crescendos, anticipating the notes that used to be so familiar to me. It was Michael's reaction, however, that captivated me. He has never really been a fan of classical music so it was fascinating to observe that, not only did he eat with more focus and fluidity, but at one point I looked up and saw him conducting with his fork, obviously enjoying the music.

I've dug out all our classical cds and will play a new one each night that we eat without company. Tomorrow night Mr. Smetana will pay us a visit. Why didn't I think of this sooner?

.
“We, verily, have made music as a ladder for your souls…” –Abdu’l-Baha