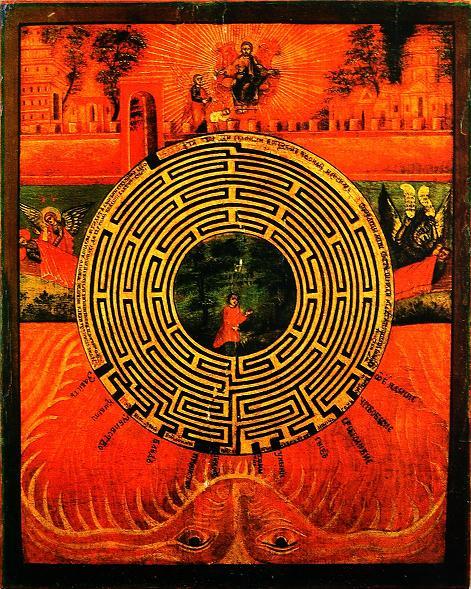 2013 has arrived. It is more than three years that I have been providing intensive care to my husband, mostly alone. It is astonishing to me that we are still at this. Michael's resilience seems to be unshakeable.

I have long given up anticipating (hoping for?) dire things whenever his condition changes. My hospitalization two months ago did affect him hugely, creating all the problems I predicted, namely increased psychosis and confusion. His overall physical health, however, does not ever seem to be harmed, only his mind. He is oblivious to the challenges these psychiatric changes bring, mercifully. It is up to me to shoulder these problems.

Since my last post, Michael's psychosis increased so badly that an emergency visit to the neurologist was in order just two weeks before Christmas. His anxiety was keeping him awake and active in the night and was untouched by the usual anti-anxiety medications. Hallucinations were becoming a daily experience and delusional behaviour meant there were days when I could barely leave his side for fear he would hurt himself, endanger us or suddenly decide to rush outside into the harsh winter conditions. A curious aspect of this disease is that when confusion is extreme he can no longer understand the workings of a toilet, resulting in many accidents on the bathroom floor if I am not paying very close attention. The problem for me with this mysterious confusion is that it is in no way consistent; he will have many days when he can be left alone to manage in the bathroom but then there will be without warning a moment when he suddenly forgets. I become complacent during the more lucid moments not paying the close attention that is needed for the confused times. This is unfortunate because I have been speaking to him harshly and with frustration when I have a large mess to clean up.

Michael's neurologist prescribed an increase of Clozaril, the anti-psychotic medication Michael has been using for over three years. He has been on a relatively low dose so the gradual doubling of this powerful and dangerous drug seemed the most logical approach to this escalating problem. The doctor informed me that the anti-anxiety medications with which I was having so little success this time could actually increase the psychosis. He also told me another curious aspect of psychosis after I had reported the more severe falls Michael was experiencing with little or no pain: Apparently deep psychosis can heighten a person's pain threshold, protecting him from the pain that would otherwise flatten the rest of us. Being constantly in a state of fight or flight, though posing long-term dangers to the heart, at least has some benefits.

The effects of the gradual drug increase were noticed immediately. Though the ability of this drug to clear the mind of psychosis can take a few weeks, at least the soporific effects were felt immediately, giving me a reprieve from what had become a fairly constant vigil. I was hopeful that he might settle down by Christmastime. There were also brief moments of complete lucidity with the old Michael shining through, startling me with his intelligence and humour. The drug seemed to be working.

Christmas was to be a relatively quiet affair for us with only two children home. We were planning our usual Christmas meal at home with extended family, this time on Christmas Eve for a change with many of the invitees returning on Christmas afternoon for leftovers and games. It was fun, just the tonic I needed to help me through the loneliness of this job. But Michael fared very poorly despite the increased Clozaril.

For the week that there were extra people in the house, his activity level once again increased and his hallucinations were obvious to everyone as he swatted his slipper at unseen vermin and crawled on the floor picking up invisible objects. During a spirited card game of Spoons where every player must grab a spoon (or pencil in our version) at the appropriate time, Michael, who was not participating in the game itself but was seated with us at the table, suddenly grabbed the pencil that a young guest had also reached out to claim. Our poor guest looked surprised especially since Michael had no intention of relinquishing the pencil. For some reason I found this so funny that it took me several minutes before I could gather myself together to resume the game. On another occasion, during a relatively quiet visit with his elderly mother, Michael was scooping chip dip with his hands and placing his orange peel into people's tea. His poor mother's alarm was visible; I don't think she has ever seen his dementia so obvious. Our daughters, on the other hand, calmly guided Daddy's hands away from the dip and quietly picked the orange peel out of their teacups, all without fanfare.

We are a day away from my laparoscopic surgery to remove my gallbladder if my mild cold does not derail these plans. If all goes as it should, I will be gone only about ten hours, if that, and will return home in the evening, our caregiver here overnight to care for both of us.  I am not worried for myself but I am fairly certain of one thing: this is not likely to be tolerated calmly by Michael no matter how well he manages in the short-term while I am convalescing. All past experience points to major disruption.

I can safely predict that 2013 will bring us more of the same: more psychosis, more confusion, more anxiety, more chaos in Michael's addled brain, more isolation. Of my own health and resilience I am less certain. Since it will likely be another year of no change in our situation I must think of more strategies of endurance that do not adversely affect what little stability we might achieve with Michael's mental health.

My New Year's resolution is simply to get by.