The Holiday is Over 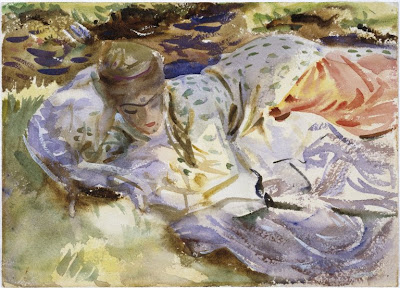 It's three weeks this Thursday since my surgery and I'll be declaring the holiday over when I see my surgeon tomorrow. I won't go so far as to say it's been fun but it has been a change. And what is it they say about the connection between change and rest?That adage certainly applies in this case. At the very least, it is a holiday that makes me happy to be back.

I recovered remarkably quickly despite a rocky few days of unusual and worrying, post-operative, abdominal pain. I figured out the cause (too much Ibuprofen) after fearing it was some horrible complication of surgery. But the silver lining of that cloud was that I needed more back-up at home for longer than I had anticipated, so I had to call upon my children after my caregiver and then my fantastic brother had competently covered the first few days. My daughter, who is expecting our first grandchild in May and whom I hadn't expected to see at all during this pregnancy, came home for five days. She relieved our son who had done a two-day-long shift. Neither of these children had we seen over Christmas so their presence felt like a belated gift.

In the first few days, I had people completely taking over Michael's care while I languished (and writhed in pain and vomited). By the time our daughter arrived I was well on the way to recovery, requiring only an afternoon nap to get through the day, so I had plenty of time to spend with her. I read books, slept when I needed to, enjoyed not having to cook, chatted over steaming mugs of tea. I wasn't allowed to engage in my usual energetic, strength-building workouts so I indulged in guilt-free laziness. I have even started to regain some of that weight I lost during and between my visits to the Hull Spa and Weight-Loss Clinic, also known as the Hull Hospital. Even after we were back to a fairly normal routine, I refused to do housework beyond cooking and laundry, the two most necessary tasks. The snow even held off until I was strong enough to tackle a shovel this past weekend. The mounds of dog hair rolling like tumbleweed through the house are tauntingly calling out to be vacuumed up but I have ignored them until now. This week I will show no mercy and will enjoy that task, a sure sign that I'm back from my holiday.

Michael held up well during the ten days of my convalescence and house guests. The night after the last one had left and we were finally alone in the house together, he had his characteristic manic melt-down. But it was short-lived and tolerable since my strength had nearly fully returned. Besides, I had declared that I was still "on vacation" so the afternoons were spent sprawled out on the couch with both of us snoozing with one eye on the television. My sister-in-law had loaned me three seasons of the award-winning television series "Sons of Anarchy". I have a fascination for aberrant, criminal behaviour and I found myself quickly addicted, justifying many hours of guilty, pleasurable indulgence as a necessary part of my convalescence. I'm not sure staying up all alone until one a.m., stuffing my face with previously forbidden potato chips, in front of hours of murder and mayhem, would be described as the ideal convalescence but I was on holiday so I didn't care - even when Michael had a psychotic episode that same night, allowing maybe only three hours of sleep. I knew I could just cancel life the next day if I had to. I was overcome by a strange insouciance.

As is his way, his condition is now belatedly worsening as if somehow he recognizes that I'm fully recovered and now able to deal with his collapse. Will it be another long descent into his special Hell this time? I don't know. Signs are pointing to it being an especially harsh journey but he has pulled through long, bad ones before. It's okay, though. I am no longer worried about my own health and I'm ready to take it on. We made it through that difficult hurdle. We'll make it through whatever else is in store for us.