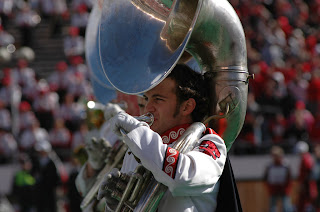 I have a cold. Nothing serious, just a mild inconvenience, but it has added to another problem we have faced the past few days.

You see, I sneeze. I sneeze a lot. Fortunately for those close to me, my colds are very rare, but this virus seems to be characterized by a lot of sneezing, even for me.  It began on Sunday with absolutely no warning.  In fact, I had been feeling rather cocky about my constitution of steel and was congratulating myself in the morning while I wielded my vacuum cleaner and danced around to loud music blasting through my ipod earbuds. Michael dozed on the couch, as always.

At first I thought it was the large accumulation of dust that was responsible, stirred from its slumber after a few weeks of a January slump, a slump I was kicking out of the house with a vigorous round of housekeeping and an energetic dance session. A new Jack White song was on a fairly continuous loop all morning. Why is it that testosterone driven music fits the housekeeping bill so well?

The sneezing began in the afternoon. Now, my sneezing is not one of my most attractive features. If I can ever be described as lady-like, my sneezes quickly dispel that odd notion. They are roof-lifters. And they are never expelled singly.  There is usually an entire volley of them, startling dogs, sleeping husbands, hidden spiders and any other creatures lurking in our house at this frigid time of year. They are almost as effective as the vacuum for ridding the house of unwanted life forms.

These sneezes are the most violent I have ever experienced, both for force and volume. They are terrifically satisfying too, bordering on orgasmic (hey, I take my fun wherever I can, folks). They are loud enough to wake the dead.

The dead, maybe, but not Michael. He seemed unusually unresponsive to my explosions. For weeks now he has been preoccupied with a right ear that seems to be plugged. Despite warnings to the contrary, he has been digging away at this ear in an attempt to clear it. Nasty, soiled Q-tips have been found in the oddest places. Each time I saw him performing his surgery, I would think about putting oil in his ear then forget about it until the next vigorous attempt. The action was always accompanied by wild facial contortions, forcing me to suppress a giggle.

Over the past few weeks he has been generally more withdrawn, confused and silent, usually not responding to anything I say, which I just put down to the progression of the disease and thirty-plus years of marriage.  But yesterday, when I realized that he was now digging away at both ears, I asked him if he was having trouble hearing. Silence. This time louder, "Can you hear me?" Apparently he cannot unless I shout.

So maybe this has been the reason for his further withdrawal. Earwax. I dragged out some oils and potions designed to soften the wax but since the oil was to remain in the ear for a time with the small cotton plugs in place to be effective, it was immediately apparent that, since he repeatedly pulled out the plugs and dumped them onto the floor seconds after I inserted them, this was not going to work.

I called the nurse this morning for an ear exam and have yet to hear back from her. In the meantime, there is a lot of very loud shouting going on in my desperate efforts to be heard and understood. And I must compete with the television which needs to be jacked up to nearly full volume for him to hear anything. Add to that my occasional rhinal outbursts of the past two days and you will get an idea of the loud cacophony that no doubt must be heard throughout the community if not the country. And that's not even considering two rowdy dogs who need to yell at everything that moves.

Sheesh, for two otherwise pretty quiet, retiring folks, we make quite a racket.
Posted by Unknown at 5:43 AM