Feet on the Ground 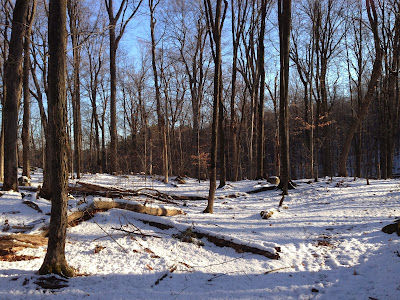 She roared a bit too fast into the parking lot, music blaring. Perhaps not the best way to introduce herself to a new social group, she thought, turning the music off too late to have prevented the turning of heads. Today marked a beginning and an end.

Mid-November but the the thermometer read January. Layered clothing, warm hats, gloves, wind-breaker pants. She was stepping out on an expedition with a group of folks who were mostly new acquaintances. Her love of hiking could now be fully indulged, and since Michael's death she had been logging at least thirty kilometres a week with friends who would call spontaneously and pull her out. Nothing worked better than a hike to dispel the lingering wisps of sadness. At the very least she drags her sometimes reluctant dogs every morning for a brisk two to three kilometre spree but their aging, tired bodies allow little more. Weather is never an impediment for her.

The group of about thirty folks gathers weekly for an eight to ten kilometre hike on the region's vast network of trails through the Gatineau Park, her house merely minutes away from such stunning beauty. Three subgroups formed according to fitness levels. She confidently placed herself in the top group and found she had little trouble with the pace, impressed, in fact, with the overall fitness level of the sixty-plus age group. She was possibly the youngest but by no means the fittest.

She had had a plan: Three trips in two months - more travel than she has done in decades - allowed her to put life on hold for that time, to be distracted from her grief. Between journeys she concentrated mostly on estate matters but little else, except to have a policy of never turning down a social invitation. Once she got her feet on the ground after her last journey in early November, though, she had vowed to make some life decisions. Nothing huge, of course. The conventional wisdom is to do nothing rash for a year. She finds herself rattling around in her now over-large house that holds too many ghosts and sweet memories. When her children descend upon her, the house easily accommodates them, but those occasions are now rare. She will assess her needs in the spring and consider divesting herself of what now seems like a mansion. Where she might go is an unanswered question. This house needs life and love to fill it, not the empty silence that now prevails.

In the meantime there is a winter looming. Already the invitations have slowed as everyone hunkers down into their fall routines and prepares for a Canadian winter. For the first time ever she finds herself dreading it, understanding in small measure why people might consider heading south for several months. But she is alone and not likely to pursue that option. Her home is here - for now.

On losing Michael she also lost her job. Golden handshake. Instant retirement. Sense of purpose dangling in the breeze. Focus required after so many years of her life charted out so intricately on the map of Parkinson's disease caregiving. She wonders how she will manage as a single woman with no responsibilities in the world except to herself. So much of her self-definition has been wrapped up in her thirty-four years of happy marriage, childrearing, caregiving, homeschooling, community service...loving. She knows little else so her heart immediately thinks of other ways to be of service to her world.

After years of caring for Michael through life and death, as well as logging many hours at the bedside of other terminally ill family members, she has developed a high comfort level with illness and the mystical process of dying. Her round-the-clock care of her husband allowed her to see the process in all its horror, mystery and beauty. Very little fazes her now. She has been urged to pursue some aspect of palliative care and she knows she is well-suited to the work. One night, immediately after returning home from the last adventure, she sat down at the computer and mused about the next step. Within seconds she found herself on a website for a local homeless shelter that, remarkably, is also home of the only hospice for the homeless in North America. Her fingers were filling out the online application form before she knew what she was doing. Before even completing and officially submitting it, somehow the channels were opened and an email dropped into her inbox thanking her for her application. Huh? How was that possible? Taking it as a sign, she continued to fill out the lengthy form and redundantly pressed the submit button. Within a few more seconds another email arrived giving her the dates of information sessions at the shelter, the first one being held the following night. The path seemed to be clear.

Everything happened quickly. Her interview was arranged for the afternoon following her first hike with her new group. A game-changing day. A police check is all that stands in her way to what might become her life work.