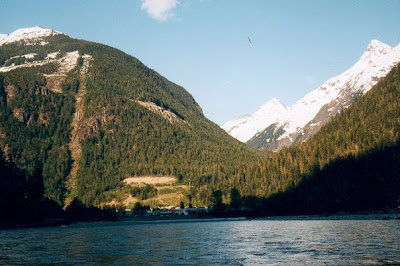 The only time she can count on a reprieve from the screaming television and daily duties is late at night, dogs and husband safely tucked in and snoring peacefully. Usually she has a tranquil hour or two before sleep if the Parkinson's gods do not need to be placated.

A recently acquired smartphone makes internet easily accessible from her bed - too easily. Before this acquisition her laptop was also put to bed with the boys, left to sleep on the dining room table, far enough away to resist the temptation of late-night communications with friends and family. She has always been so sensible, reading a few pages then falling asleep to an audiobook or a radio interview.

But it is a lonely time. She is long over the novelty of feeling like a single girl with her own space, a recurring dream through all those years of a full house and intensive childcare, homeschooling and a husband's worsening health; the need for escape sometimes overwhelmed. These days she longs for company, nothing more than someone with whom to rehash the day, companionably propped up on the pillows, sharing the last few moments before sleep. She has hardened herself to the lack of physical contact, the only evidence of yearning surfacing in a pleasant dream now and then, but even those are rare events now...sadly.

The device that holds her escape-life sits plugged into its dock, rejuicing. It holds her audiobooks, poised to be activated during the many menopausal interruptions to her night. The comforting voices of the narrators soothe her, feel like company. It is a return to her story-telling childhood when her mother - and sometimes brother and sister - would perch on her bed to read aloud. Winnie-the-Pooh, Wind in the Willows, Grimms' Fairy Tales. She was a late bloomer in the reading department or had she just preferred the warmth of those bedtime stories to reading alone?

Last night she picked up a new book discovered at the second-hand store. A Norton Anthology of essays, "expository prose" officially. She flipped through it, a richness of brilliant writing, short nuggets to be quickly absorbed before bed. John Holt (a hero), Thomas Jefferson, C.S. Lewis, Northrop Fry, Jonathan Swift. She decided to take a random stab, opening the book anywhere after her initial browse; Margaret Laurence's "Where the World Began" beckoned to her.

It was a lovely little description of this famous Canadian writer's prairie hometown, a place she longed to escape as a teenager. Escape she did but Ms. Laurence admits that she carried "the land and town all my life within my skull", where she had "learned the sight of my own particular eyes."

The words seemed familiar to her. Lately, through the miracle of internet and Facebook, she has reconnected with old childhood schoolmates. Tomorrow, in fact, is the fortieth reunion of her high school graduating class in Vancouver, an event she had hoped to attend but has been thwarted by Michael's condition. Instead her old friends are planning a remote visit on Saturday night via computer. She is grateful to them for the idea.

These reconnections have stirred up old memories, both happy and uncomfortable. "This was my territory in the time of my youth," Margaret Laurence writes, "and in a sense my life since then has been an attempt to look at it, to come to terms with it." She reached for the too-conveniently close iphone and wrote a brief message to an even older friend who, she knew, would appreciate these words. He and she have recently reconnected through the wonders of fiber optics after being childhood schoolmates only, not really even friends. They share the experience of her father as their teacher and principal in that magical, small and isolated, northern coastal B.C. village. It was an untamed geography that reached into the soul, that tiny community set amidst the majesty and power of those violent mountains and wildlife.

What ensued was a chat about forts in the forest, bears, their love of this small town even though "the oddities of the place were endless." It was a comforting little written exchange just before sleepiness overcame her.

But she awoke this morning with a burning throat, as though scorched by long-silenced conversations and suppressed emotions left smouldering in the throat.