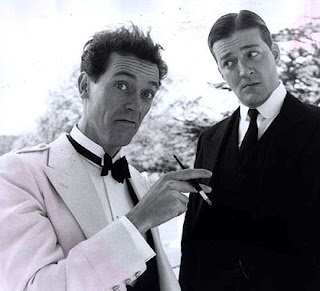 I am in love with Michael's doctor. No, not that kind of love. I barely know this guy, Michael's home-visit doctor, whom we see at most twice a year with occasional phone consultations between visits.

I rarely make direct contact with this fine fellow when I call. Usually a message must be left, then I wait anxiously by the phone, sometimes days, while some new, often mysterious development in Michael's condition unfurls. I only ever call when it is something serious. Otherwise I'd be on the phone daily which wouldn't be right, as much as I would love to have someone to bounce off my theories and concerns all the time.

The anticipation I feel over that awaited call is akin to the nervousness one might feel listening for some adored boy or girl to finally call. I get nervous. I want to choose my words well and get my message across clearly.

Lately, Michael has stumped us again.  After early weekend bouts of heightened anxiety and lunacy that saw him parading around the house naked, brandishing a magnifying glass with which to shave his face, he then developed an odd pain. On Saturday morning he started grimacing wildly and grabbing his left arm, very obviously in extreme pain.

Of course, my first thought was heart attack so I battered him with questions, most of which got no more than a garbled, uncertain response: Is there chest pain? Are you anxious? Do you feel any discomfort in your neck or jaw? As always I had to rely on the visual clues alone and they were minimal. From what I could observe there was no increased anxiety; blood pressure was usually normal throughout the frequent attacks; no sweating; no chest pain; no shortness of breath. It seemed to be simply a violent muscle cramp that occurred randomly throughout the day, even waking him on occasion from a nap. In general, I dismissed a cardiac event and favoured a sore muscle from an unwitnessed injury, perhaps a fall.

But as the days wore on and the pain increased, starting to interfere severely with what little mobility and balance he has, I began to formulate more theories.

Could this be something like spinal stenosis, a condition I watched my poor mother suffer through that caused her much pain in the left arm, then finally the total paralysis of the once useful limb?

Perhaps this was a side effect of the new drug Motillium. Dystonia, the term for severe muscle spasms, is a rare but not unheard of complication with this drug. The pharmacist I consulted yesterday even suggested that the combination of this drug and the neuroleptic drug Clozapine might be the culprit. I gave one extra dose of Clonazepam, the anti-anxiety/muscle relaxant drug Michael takes nightly and when needed. This was a strategy recommended for dystonia on one website I consulted. I also gave a dose of Tylenol on another occasion, hoping to alleviate his pain.

But when things were worsening yesterday, now the fourth day, and nothing seemed to be working, I placed two calls, one to the neurologist who had prescribed this drug, the other to Michael's home-visit doctor.

The second doctor so far is the only one to have checked in. My relief when we finally made a connection today was huge. We chatted like colleagues for about fifteen minutes, throwing theories around. I appreciate being able to discuss Michael's case with someone who knows what I am talking about but who is, at the same time, quite willing to admit to head-scratching puzzlement while listening respectfully to my input. Together we worked out an initial strategy to gradually reduce, but not yet eliminate, the Motillium to see if that helps. If not, then part two of the plan is to embark on a very low-dose, slow-release nitrate patch just in case this is a bizarre manifestation of angina that is not following the text book description. Rapid plummets in blood pressure, as you know, are already a dangerous complication of this disease for Michael so we must be careful not to exacerbate that problem.  The doctor asked if a trip to Emergency might be in order, but when I reminded him of the serious consequences of the inevitable long wait for treatment only to be dismissed after perhaps days of tests, all with Michael rapidly and wildly spinning out of control, he agreed to keep him home for the time being.

The phone call buoyed my spirits. It felt like we were playing House. Not the domestic variety but more that insanely implausible television show "House" with Hugh Laurie (whose zaniness as the aristocratic British twit Bertie Wooster still looms large in my head) as the crusty, irascible Dr. House. Every week this character faces a complicated medical mystery, then spends much of the episode consulting with a team of about six doctors, even sending out sleuthing hospital residents to a patient's home to uncover medical clues, finally revealing a miraculous solution within sixty minutes. AS IF. Our version of collaboration is almost as implausible to some, I suppose, though, unlike the fiction, we have no guarantee of ever gaining any insight

I am feeling very supported and only realize how lonely this job is when I do finally have someone to talk to frankly about my husband's mysterious and complicated condition. This doctor/caregiver/patient relationship feels more like a comfortable partnership, a rarity in our otherwise top-down medical approach to patient care. I love this doctor.

*Hugh Laurie as Bertie Wooster and Stephen Fry as Jeeves in P.G. Wodehouse's "Jeeves and Wooster".
Posted by Unknown at 6:12 PM